WHALES ARE A BIG CONCERN TO THE NAVY AND NOAA

Aside from hump backs, sie, fin and right whales, the Cuvier’s Beaked Whale is common to the U.S. Eastern seaboard.  However, sightings of Cuvier’s Beaked Whales in the New York Bight are rare.  They are more plentiful further north and east of Montauk where they have been studied by NOAA’s Okeanos Explorer Research vessel last Autumn in the underwater deep exploration of the Northeast Canyons and Seamounts Marine National Monument.   No doubt, the Navy is as concerned about whales as its sister agency.

Tag data and location of the whales was obtained by receivers mounted on orbiting NOAA ARGOS weather satellites.   As expected, the submerged whales moved away from the sonar sounds.  The researchers are attempting to more carefully explore the effects of the sonar before, during, and after the signals.   These marine mammal exercises are not new to the Navy.  This is part of the Atlantic Behavioral Response Study (BRS).  Navy researchers were actively placing satellite tags on beaked whales in this same region as a part of Naval Facilities Engineering Command Atlantic (NAVFAC) over the past decade.

The U.S. Navy is bound by the Living Marine Resources (LMR) code.  The Navy policy is to help research efforts to minimize any activity harmful to marine species in U.S. waters.  Every year the U.S. Navy issues an annual report from the Marine Species Monitoring Program at the Atlantic Fleet Training and Testing Department in Norfolk, Virginia. Activities covered within their auspices are Aerial Surveys and Glider Deployments, Humpback Whale Cataloging and Vessel Traffic encounters, Passive Acoustic Monitoring and tagging , Data Collection, Underwater Canyon mapping,  Joel Bell is a co-author as well as specialist who has personally tagged beaked whales in the past.  The window for tagging is very limited as the surface time is short with as much as an hour long duration time underwater.

OCEAN STUDIES RESUME DURING COVID-19 PANDEMIC BUT NOT FOR ALL

Ironically, NOAA’s Okeanos Explorer remains mothballed at the Norfolk Naval Station, the very harbor the USS Cole and the Duke University research vessels sailed from.  The Federal government guidelines have forbidden NOAA from operating its ship while the pandemic remains a threat.  NOAA is subjugated by the Department of Commerce and CDC rules affect government agencies differently.  Okeanos and its crew of scientists wait for the green light to resume their exploration of the North Atlantic. 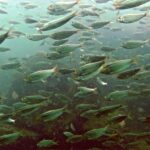 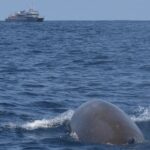 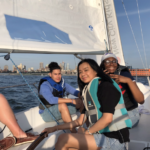