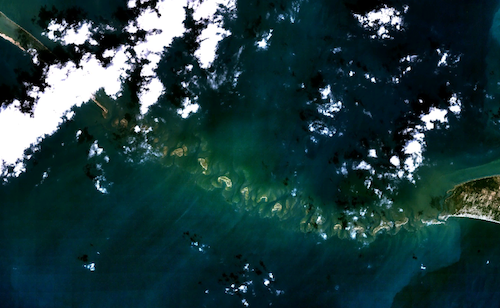 There remains an undeveloped area of the Asian subcontinent not yet populated by all-inclusive resorts or hotel chains.  Vacationers flying into Colombo, Sri Lanka are shuttled directly to the southwest quadrant where tourism flourishes.  But, a trip north of Colombo might be more common than originally thought where coral reefs are also in abundance in the northwest reaches of Sri Lanka. In this post, we explore the mythical bridge of Rama Setu. 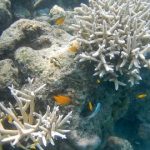 Travelers have raved about the hidden beauty of the Southern India Peninsula, Sri Lanka’s neighbor less than 30 miles away. This is an explorer’s destination for those who like the less traveled, unbeaten paths.  The Gulf of Mannar Marine National Park offers spectacular scuba diving off the Rameswaram beaches of the peninsula.  India’s southern area is far from being a wilderness.  There is available bus and train service as well as major flights to and from Madras Airport in Tamil Nadu to other regional southern cities such as Mannargudi, Tiruchirapalli, and Bangalore.

NASA satellite images taken in 2006 propelled scientists to announce the ‘reported’ sunken land formation.  Some experts claim the bridge was destroyed by a cyclone in the 15th century.  This relatively calm inviting spot here in the Indian Ocean is known as a tombolo.  It bears the given British name, ‘Adam’s Bridge’.  The local Hindus call it ‘Rama Setu’ in Sanskrit.   I was surprised at the amount of controversy over the history and significance of this 30 mile stretch of water.  Some scientists and naysayers are confident there is no “hard evidence” that a natural superstructure ever created an actual ‘Land bridge’.   Others say pumice-like rocks will only “float” and give the appearance of a massive connective formation.
Meanwhile, the Hindu myth offers a story where the Hindu diety, Rama, and his army of monkeys crossed the gap on

foot and successfully conquered the ten-headed demon king, Ravana, who kidnapped Rama’s wife, Sita, and took her to, you guessed it, Sri Lanka.  So, are Hindus of India reluctant to build massive resorts that overlook this sacred pilgrimage spot?
And on Sri-Lanka, there is the social-political element to the development of this small region.  Sri-Lanka recently ended a 50 year civil war that marked this area with intense bloodshed.  A minority group known as the ‘Tamil Eelam’ led a revolution to achieve freedom from the rest of Sri Lanka.  Guerrilla-style campaigns were common.  In the end, Sri-Lanka’s Buddhist government was finally successful in killing and/or capturing the Tamil Eelam army, most of whom have never been heard of again. Today, the turquoise water laps over the local beaches with little mention of the war. 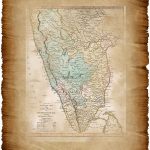 So, what is left of the Tamil people of Sri Lanka?  In a word, they are defeated.  After two centuries, they are a pocket of Hindu culture subservient to the Buddhist majority.  The Sri Lankan civil war is now just a chapter getting older in the history books.  The Tamil plight now pales in comparison to the situation in Myanmar on the other side of the Indian Ocean where the Moslem minority is openly and actively persecuted by the Buddhist-run government. The world continues to watch the consequences of religious occupation.  The overtones are as alive today as they were in the British Colonial Era of the 1800’s when Great Britain occupied these very lands. 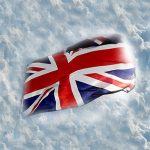 But it took a huge military effort by the Colonial British to eliminate a ruler of Southern India who was solidly entrenched.  His name is Tipu Sultan.  He was loved by Hindu and Moslem alike, and his kingdom of Mysore was thoroughly entrenched. 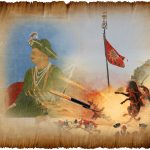 Tipu’s massive stockpiles of advanced weaponry prevented the British Army from achieving successful campaigns against Mysore for at least half a century.  India’s Hindu people, including the Tamil, were happy to offer allegiance to Tipu Sultan.  Tipu wisely allowed the Hindus to thrive and openly practice as Hindus.  He was no stranger to the American Revolution and he famously modeled himself as a revolutionary.  It was ironic that the very General, Charles Cornwallis, who surrendered to George Washington at Yorktown in 1781, was now reassigned to protect and strengthen British India.

So, once Tipu Sultan was removed from power, British India’s governor systematically corralled an entire Hindu culture of Tamil and finessed the population into subservience.  Britain was careful to publicly repress the abhorred practice of ‘slavery’.  Instead, the Tamil found themselves as indentured farmers in a strange, new land.  The forced migration of the people from Tamil Nadu is a story not frequently read. In the days when opium production was the major commodity of trade with China, the British Colonial machine methodically ferried thousands of Tamil across the Palk Strait.  Tamil families were now populating the vast plantation fields of Sri Lanka to eek out an existence amid the British crops.

This story of how Tipu Sultan was finally neutralized by British India’s brash, revengeful, Duke of Wellington  is cleverly told in Mark Sysson’s novel, ‘Parson’s Academons’.  The novel juxtaposes the modern day struggles of the Tamil against their proud connection to their ancestors who happily served Tipu Sultan.  Spoiler alert! Tipu Sultan was directly responsible for America’s ‘Star Spangled Banner’! 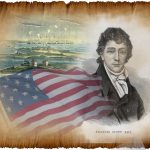 The read is fascinating. The novel is available on Amazon Kindle here:
https://www.amazon.com/dp/B004TTWIKI
Listen to ‘Elation’ performed by Crystal Perigord, one of Parson’s main characters.

Music Marc Hittner - February 22, 2021
Janie Meneely, a songwriter, wrote a poem some years back on Grandma Polly, a true story from the Radcliffe clan, and Senator from Maryland describing their feisty relative. Apparently, Grandma Polly was upset when she found out the British commandeered the family merchant vessel and took her husband with it.