This week, the Metropolitan Transit Authority of New York (MTA) changed the first of nineteen old traffic signs.   The replacement signs will include one additional alphabetic letter to correct six decades of the known misnomer.

In 1964, the MTA named its new bridge after the Italian explorer who first sailed into New York Harbor in 1524.  The 4,260 foot span connected the boro of Staten Island to Brooklyn and was officially deemed “the Verrazano Narrows Bridge”.  Ribbon cutting was interrupted by hundreds of exclamations, with cries proclaiming, “There is a Z missing!”  Despite pleas from the Italian population that were echoed from the nearby neighborhoods stretching miles under the bridge structure, the incorrect signage remained.  ‘Verrazano’ became the accepted spelling for more than fifty years.

Finally, in 2018,  Marty Golden, the presiding New York State Senator from Brooklyn’s District #22 at the time, joined the Staten Island State Senator, Michael Cusick in promoting the original Robert Nash of Brooklyn College petition to use the correct spelling of the Italian explorer.  On October 1st, 2018, Governor Andrew Cuomo said, “The Verrazzano Bridge is a vital transportation artery for millions of Staten Island and Brooklyn residents.  We are correcting this decades-old misspelling out of respect to the legacy of the explorer and to New York’s heritage.  It was finally official. 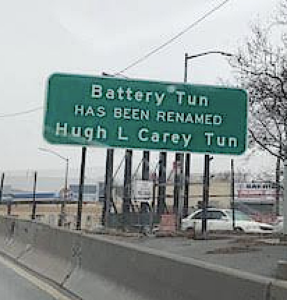 However, the traffic signs will not be immediately replaced.  Instead, they will be gradually replaced during routine maintenance scheduling.  How ironic!  Bridge and tunnel renaming has been rampant for the past two decades in many other New York crossings.  For example, the Mayor Ed Koch 59th Street Bridge, R.F.K Triboro Bridge, Hugh Carey Brooklyn Battery Tunnel, and most recently, the Mario Cuomo Tappan Zee Bridge.  But if Brooklyn and Staten Island residents have waited this long, another year or two won’t matter.

You can imagine the fractious debate on Brooklyn streets and neighborhoods since the opening of the bridge.  “How do you spell it?” is the common question when people needed to write the name or even google it.  The internet is filled with thousands of references to Verrazzano with a missing “z” all thanks to the 1964 MTA.

The New York Harbor Channel staff was careful to spellcheck the name of the bridge for many of its articles.  We thought it was best to copy the bridge ramp signs to confirm the spelling for our coverage of the New York City Marathon.  Indeed, the bridge had only one “z”!  Alas, we were wrong!  We would like to offer our apologies to all parties who may have noticed our spelling error.

But what about the Brooklyn community as a whole?  Many Brooklyn businesses adopted the incorrect spelling of the explorer when they filed their incorporation papers over these many decades.  Verrazano Bicycle Shop and Verrazano Flooring Company will forever be tied to the historic misnomer.  They will forever be bound to the incorrect spelling until they dissolve their corporation.  Should Governor Cuomo bestow upon them an official apology? A decree of recognition?

Then, there is the Verrazano Residents Incorporated Apartments, housing Brooklyn dwellers under a banner with the missing “z”.  In addition, P.S. 101 in Bay Ridge schooled its children with only one z.  It was the Verrazano School until everything changed recently.

Now Giovanni da Verrazzano will have his proper name and place in American history, high above Brooklyn and Staten Island.  Verrazzano will now join those other American institutions that preceded it… ZZ Top, The Mezzanine, Frizziness, and Puzzle to name a few of the 1249 words that contain ‘zz’ according to The Free Dictionary’.

So, for those who travel between Brooklyn and Staten Island, let’s hope the sign replacement campaign can keep its promise to install the replacement signs on schedule.  We can only pray the MTA is not found catching too many zzz’s. 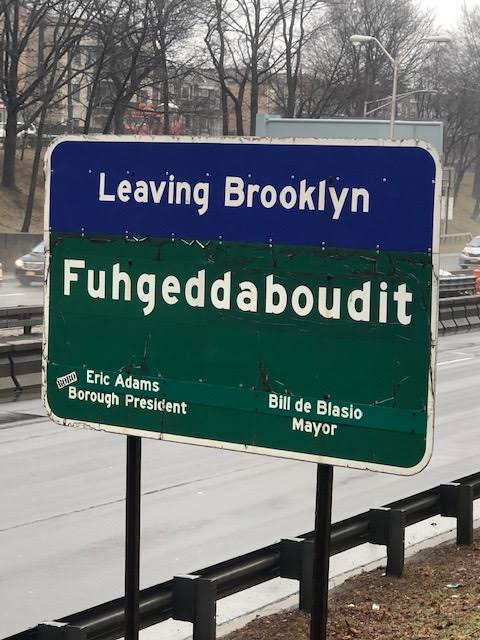