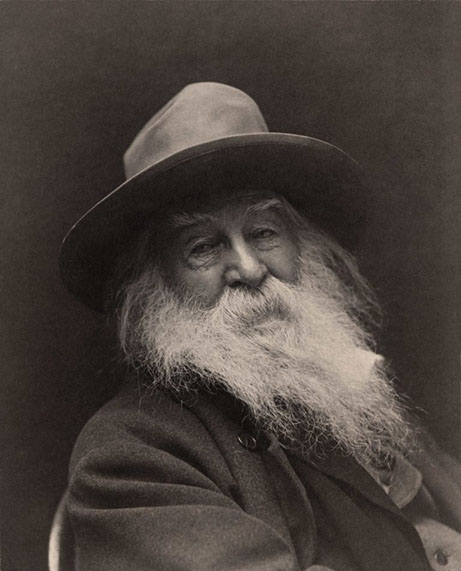 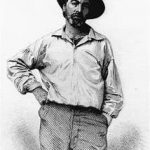 One hundred sixty three years ago, New York’s own poet of the people, Walt Whitman, stood on the Brooklyn riverbank at Fulton Landing.  Always the visionary, Whitman composed ‘Crossing Brooklyn Ferry’ to celebrate the joining of the two boroughs in his customary optimistic outlook for New Yorkers.  He recites, “I am with you, men and women of a generation, or ever so many generations hence”.  Construction of the Brooklyn Bridge was to start at this very site in 1869.

This past June, the twelfth annual ‘Song of Myself’ Marathon was held at Granite Prospect in Brooklyn Bridge Park.  The recitation filled New York Harbor as Whitman’s words have done for almost two hundred years.

Whitman was a humanist whose verse praised both man and earth.  In ‘Leaves of Grass’, Whitman proclaims, “There is no God more divine than yourself”.   He speaks directly to the East River and encourages it to ‘frolic’.  But he allowed room in his world for urban development. Whitman always exalted the toil of mankind.  Workers, in all capacities, were elevated to the level of the heavens, but he was well aware of the short time men and women spent on the surface of the planet and how nature was certainly the eternal witness.  He spoke these words, “Thrive, cities – bring your freight, bring your shows, ample and sufficient rivers, Expand, being than which none else is perhaps more spiritual, Keep your places, objects than which none else is more lasting.” 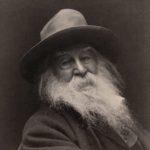 Other Whitman poems, such as ‘I Sing the Body Electric’ famously celebrate the human experience and encourage the reader to live life to the fullest with a limited sense of boundary.

No doubt hundreds of voices will share their own personal experience of how Whitman’s words have impacted their lives.  Between now and the celebration of Whitman’s two hundredth birthday, NYHC will bring you the best of these praises from Bay Ridge, Fulton’s Landing and other sites around the world.